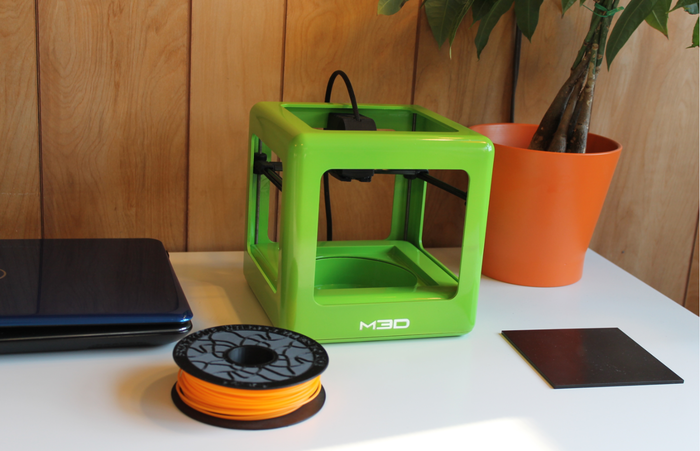 The world of 3D printing has opened up a lot of new opportunities for designers and producers. For example, 3D printing makes it much easier to develop and test prototypes before committing to large production runs. In the past, most good 3D printers were very expensive. So people either had to spend a lot of money on their own printer or pay a company to get designs printed. This could be either expensive or inconvenient.

How are 3D Printers Used Today?

Typically, 3D printers are used to produce prototypes or models. Some people design small objects or components. Of course, 3D printers can also be fun, entertaining, and even educational.

A 3D Printer for Every Desktop

The Micro desktop 3D printer has changed all of the rules. Now anybody who can afford a regular printer can afford to own their own 3D printer. This cute little cube sits on a desktop, and it actually takes up less space than most regular printers. Imagine having the ability to make your designs come practically to life right on your desk and you can imagine the power of this new machine.

It could be used by families for fun and educational projects, and it can be used by designers to create 3D models and components. Some companies even use them to produce actual working parts that are typically out-of-stock or not ordered very often.

Most Kickstarter campaigns feel lucky if they meet their goals at all. This campaign raised over $2 million with a goal of only $30,000. The fact that larger donors actually get a working printer with filaments probably helped encourage people to invest more money. The largest donations not only came with a printer, they also came with an opportunity to tour the offices and meet the staff.

What’s Different About the Micro?

You already know that this machine is small and affordable, and those are two big advantages. Some other innovations that owners of this new machine can enjoy include:

Why Look Twice at The Micro?

Obviously, this printer can only print fairly small objects or parts of objects. The maximum height is 4.6 inches. This means it is a great solution for small objects, components, or models. Even if you need a bigger printer for your final design, this is a great way to test it out before you invest more money and time.

However, most consumers should find that the convenience and savings of having a 3D desktop at their fingers outweighs the limitations. This is true even if you plan to outsource larger designs or buy a larger model for production use. The price is so affordable that most families can also afford to purchase one for fun and educational uses.

link to The 10 Top Crowdfunded 3D Printers On Kickstarter

In 2013 one of the most popular categories in the crowd funding realm was 3D printing. 3D printing can be found at the heart of many of the top funded boards across popular crowd sourcing websites....

In mid-June, Stratasys announced the details of a merger which allowed them to acquire upstart 3D printer company MakerBot.  MakerBot is known for primarily targeting the 3D printing hobbyist niche,...

Certain content that appears on this site comes from Amazon Services LLC. This content is provided 'as is' and is subject to change or removal at any time.